So someone reading my tweets yesterday and today might – correctly – conclude I've been getting somewhat exasperated with something. In fact it is with certain people of the male persuasion who seem to have been indulging in the old "we don't complain when a man controls our computer equipment and doesn't tell anyone else any details but we won't stand for a woman doing so even if she has also openly documented it all where it wasn't before" thang.

And I *hate* such double standards. It just pushes my buttons and I tend to, ahem, "react". Badly. Especially when it is followed up by some of these idiots demonstrating their ignorance to all but the other boys aren't up to noting it is all crap on their part.

In mid-June I got annoyed the first time around about this behaviour but – learning from my '(re-)act before thinking' habits of the past – I stopped my physically-present involvement with them until I calmed down enough to think it through fully and properly. Deciding that the whole was more important that the individuals involved - only some of which are being annoying - I eventually earthed myself enough to go in again and the first Thursday all went (or seemed) fine. The second time I started sorting out the problems again but on the Saturday it all went bang again.

I was all for taking my toys (which I've loaned to them) away, or at least remotely powering them off, but managed to stop myself. I'm really not sure though about any of it now. It suited me to have the availability of things there; there were clear benefits to them and me, but I'm also someone that once I move on I don't go back.

Today at 18:00 »
@gfstarr1 Especially with those having recently undergone TJ surgery at the end of the season. Bad MLB.

Today at 17:56 »
Alpha? Beta? Gamma? Delta? Omicron? It's all Greek to me. #GetVaccinatedNow so we don't have to learn the whole alphabet though.

Today at 17:27 »
Remember when "late opening" meant a supermarket was open until 8pm on a Thursday or Friday night? 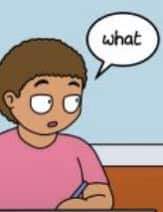 Today at 17:15 »
If it wasn't "from a cannon" then I'm not interested. He should be in jail.
@guardian : Arizona police officer who fatally shot man in a wheelchair is fired https://t.co/RcbmLcyPHz
Today at 17:10 »
"who they really are"? Ahuh. How?From what I see online many of the trolls are quite content to use their recognis…
@tnewtondunn : Anonymous social media trolls must be forced to declare who they really are to the platforms. It's the only way we'… https://t.co/KVIXIMhqLj
Today at 11:21 »
@labour_history Er, no. For gay male couples. Lesbians weren't illegal.

Today at 02:38 »
That's OK, Monsieur Macron, everyone I know calls him a clown in public. #JohnsonOut